Bringing It All Together

LifePatent's products are grounded in real science, back by innovation & focused on unlocking the natural medicinal properties of hemp.

Hemp provides endless possibilities & has the potential to improve the quality of life for anyone. Our featured CBD/A blend is maximized for potency & relief.

Just as the hemp plant has inspired us, so have the tunes of Slightly Stoopid. That's why we are so excited to use this creative partnership to bring their supporters a fun & effective product.

It's About More Than CBD.

A portion of all proceeds will be donated to the Last Prisoner Project foundation. Click the logo below to learn more about this amazing foundation.

The Ties that Bind Us.

What is the story behind the LifePatent and Slightly Stoopid partnership? It is more than just business. Beyond the private label lies a common friendship that connects the hearts of LifePatent Co-founder Phil Vail and band members Kyle and Miles. Enter, Matt Youmans.

With an infectious smile borne from an eternally-positive attitude, Matt’s love for people was rivaled only by his love for sports and music. A native of New Jersey, Matt was drawn to Phoenix because of his love for baseball. He quickly befriended all of the Arizona Diamondbacks after attending a spring training ‘Fantasy Baseball Camp.’ As a bartender in Scottsdale, Matt’s circle of friends expanded--and it is here where Phil and Matt forged a friendship, initially launched by a shared love for Golden Retrievers!

After the trials of a cancer diagnosis and multiple surgeries, Matt moved from Phoenix to California, settling in the San Diego area in 2008. Seeking the sunshine and good vibes of Pacific Beach, Matt continued to bring people together throughout his battle with cancer. It wasn’t long before Matt met The Band—all it took was frequenting the local beach bars (Dirty Birds, Lahaina Beach House and Duck Dive were Matt’s home away from home), some surf-inspired upbeat tunes, and a few summer nights for Matt to land squarely in Slightly Stoopid’s orbit.

Fast forward a few years later during Matt’s ongoing battle with cancer when family and friends held a charity golf tournament to raise funds for his medical expenses. Matt had established his charity—PMPWARRIOR—devoted solely to providing support to others battling his rare form of cancer. It was here that Phil became acquainted with the Slightly Stoopid band, who were playing at the event. During this shared mission for Matt, an instantaneous connection was made between Phil and the bandmates.

Matt lost his battle with cancer in November 2015. It would turn out that this brief connection between Phil and The Band wasn’t lost—just put on hold.

Phil launched LifePatent, an innovative hemp company, in 2017. Phil’s main sales team (two brothers named Pat and John) turned out to be dedicated Slightly Stoopid fans. This dynamic duo caught the attention of Jon Phillips—Slightly Stoopid’s manager at Silverback Music—and convinced him to take a phone call with the LifePatent team to discuss a private label hemp oil. A few conversations led to a meeting in California in 2018 which in turn led to a deeper exploration into the finer details of LifePatent’s hemp products. After hitting it off in person, Jon became convinced, through focused exploration and analysis, that LifePatent products exceeded the mark for quality, purity and effectiveness. It was clear that the stars were aligned and a spark reignited. A partnership, underscored by the common bond of a good friend, was born.

With a common desire to give back to the community, LifePatent and Slightly Stoopid are bound in a quest to bring the power of the hemp plant to family and friends—and those suffering most, including our Veterans—to improve our quality of life, and perhaps one day, deliver us from the ravages of cancer.

We like to think we have made Matt proud—and that he is smiling and walking alongside us as we live each day to its fullest, finding laughter and humor in everyday people and everyday life, and not taking ourselves too seriously. Here’s to you, Matt. 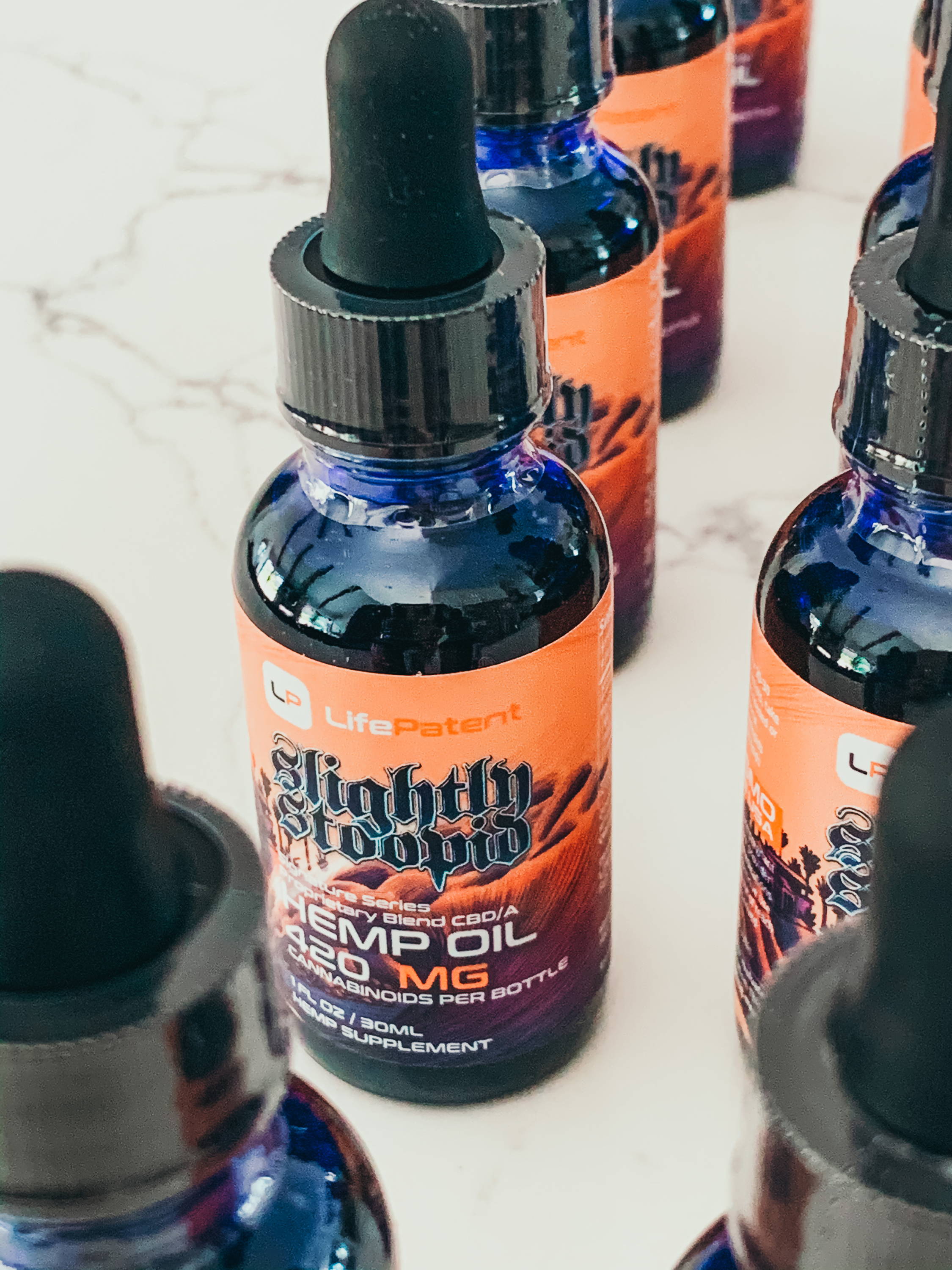 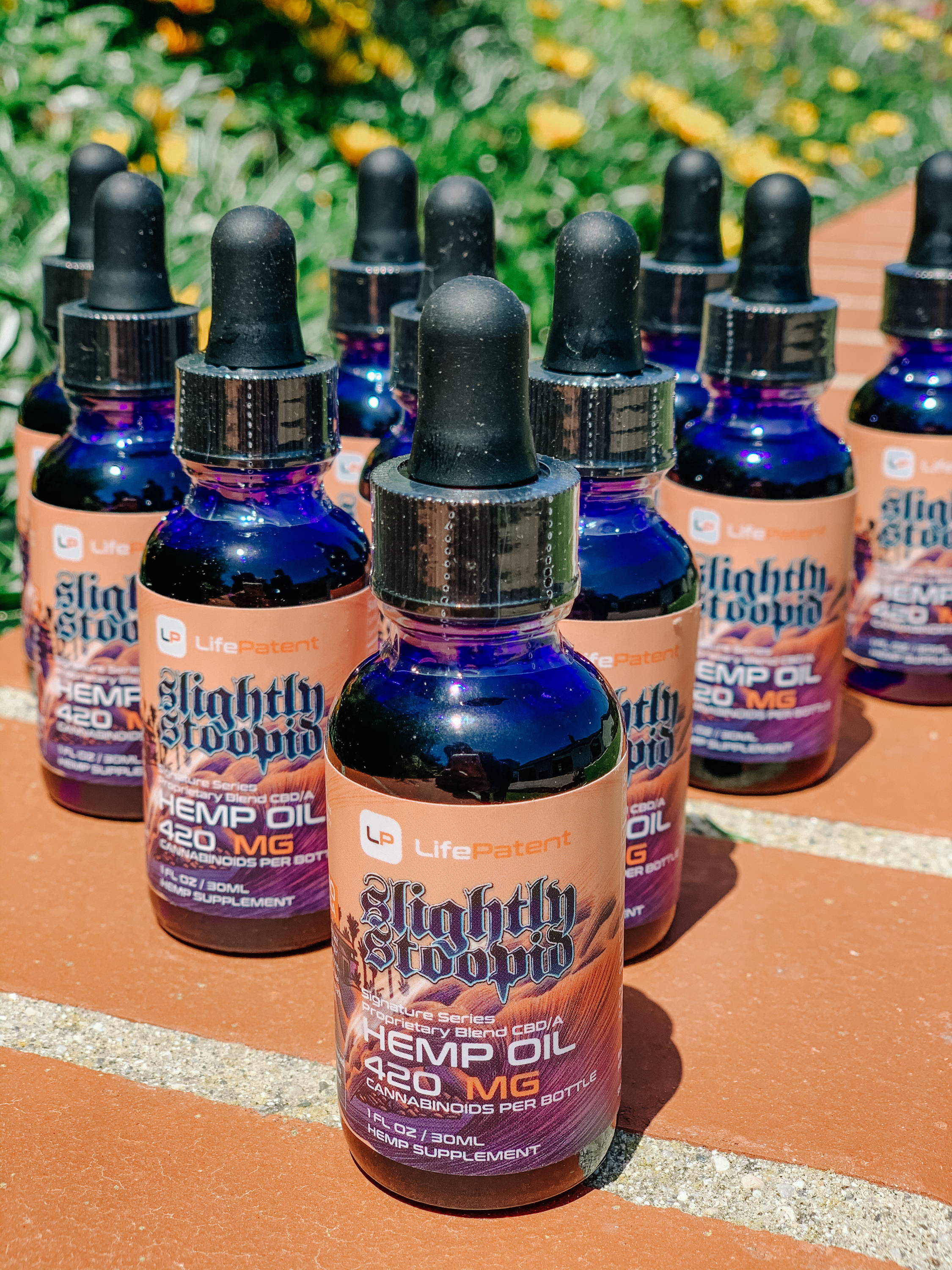 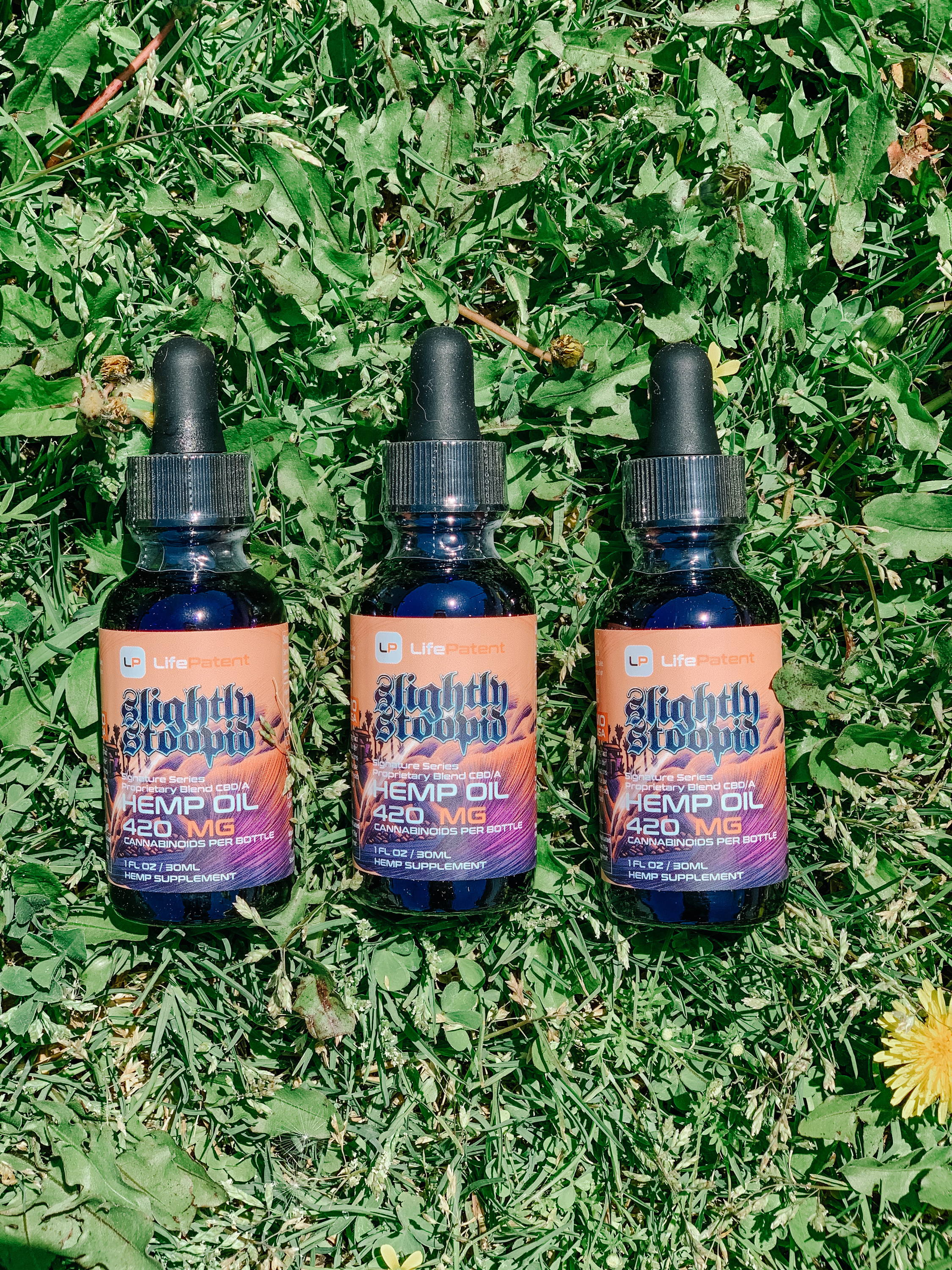